It was cold but sunny and gorgeous


nyc has some beautiful beaches

Yesterday Razzle attended his first agility trial at Sugarbush (he loved being among all those very exciting dogs) and also experienced his first hose spritzing (that I know of tho very likely Jan exposed the pups to that too!) and the main reason we went: had a grand family tumble and biteyface reunion with his beautiful brother Gambit and stunning sister Phoenix!! It was so cool to see it dawn on them suddenly--glint in the eye recognition!! Wheeee!!!

Bronagh had a great steeplechase Q run with Stella who was a little stressed at first but B hung in there and Stel rallied and poured on the speed to make up for the first set of weaves and the last set were in fire!! The reactive dog that fried Stell the last to
E they ran together was there, but we were proactive.
The day got even hotter so in the final run when Stell popped out of the weaves on the tenth pole and was pokey shutting down B made the right decision and just went on without worrying it and it was a glorious happy finish. I attempted snooker--it was a really weird one--and got an off course before the third red. Had a party and left the ring. I really do want her to grab jumps more so yeah reason for a party. We were in so not very competitive mode. Really just there for the pup reunion and B to meet the pups and peeps.
Razzle is going everywhere with us. Our four page puppy class check list for socialization is just about full now. And he's doing great!! Just fantastic. Easy boy! Likes his xpen and now also his crate, is an excellent traveler and is making headway with playing with Stella--they are figuring it out.
I'll get some pictures up a little later.
upload fail---flickr and LJ not talking again it seems

We earned our C-ATCH this weekend!!!! Yay TEAM STELLA!! (Bronagh and I started training her together even though everyone told us two different handlers would be a bad idea and then she went off to college two years ago and just ran her summers so this year my plan was during the year to get her as close as I could so Bronagh would put her over the top when she came home and voila!!!)
I had so much fun watching them run together--so proud of the three of us.

I am not sure why but I felt like crying as we drove out of Brooklyn this time And Stella was really unusually anxious about being left behind... 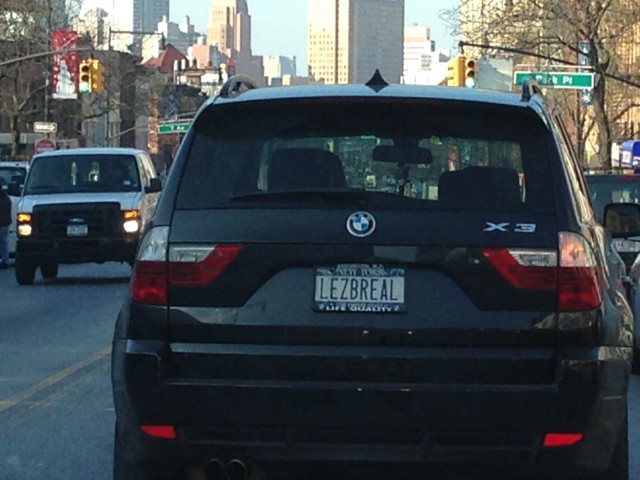 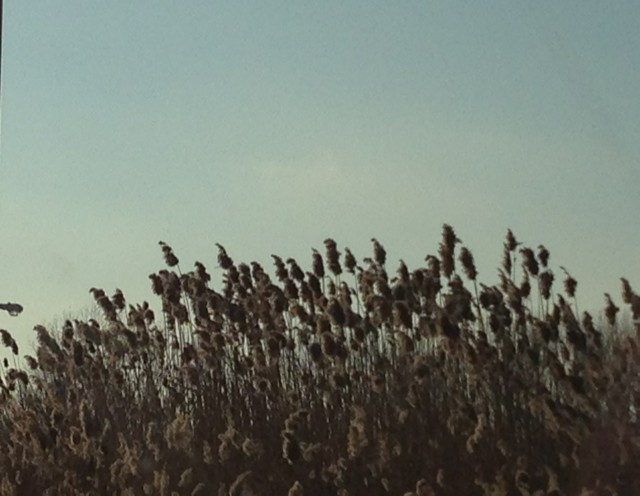 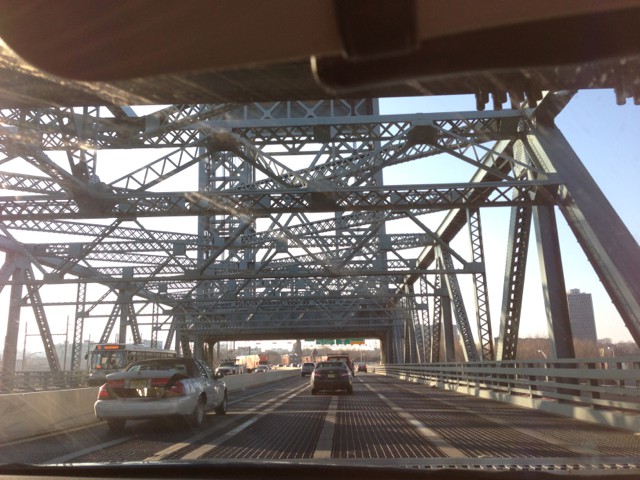 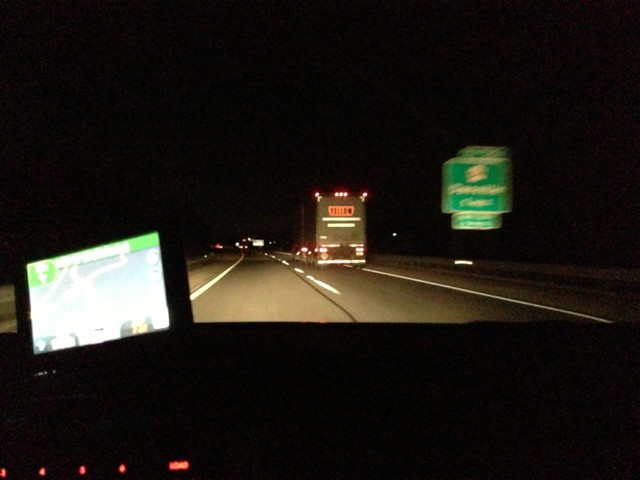 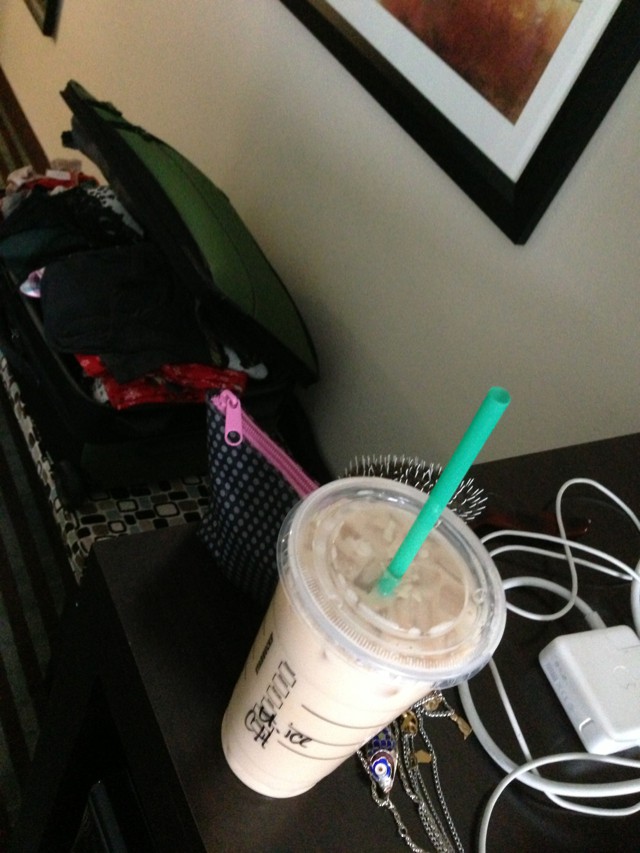 I will I really will get around to posting Penny/Rosie's How I got into Agility entry challenge... eventually and also I still plan to write that bloggers day Backyard Entry. Yeah i'll catch up. Next year probably. We have a very important brunch bridal shower to go to in a few minutes and then a trial to get ready and head to with a snow storm coming... Yup. No agility training for three months (except a one day seminar and yesterday's off leash in the park five minute stickintheground golf caddy weaving) and we're flying by the seat of our pants into this one... B runs the first day and I'll take the second - yep, wildass way of closing out 2012. 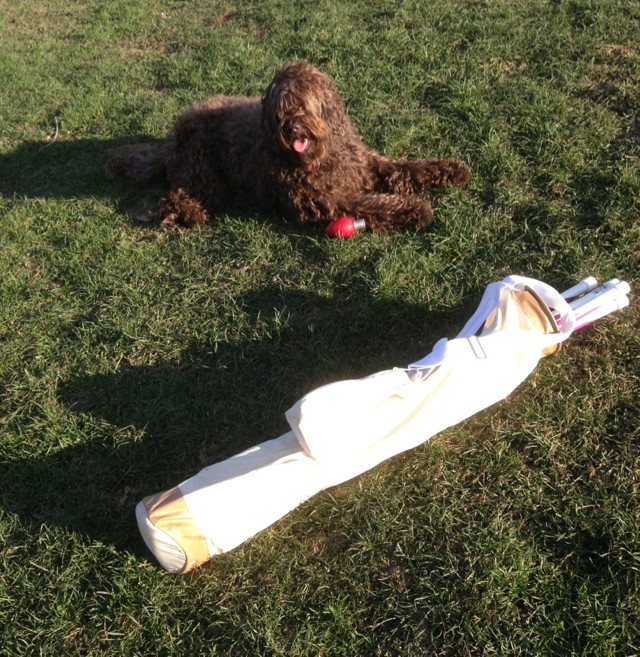 Why do you do agility?

The last one will graduate in June and everything that we have been doing ritually every year for years, like this winter concert, are now lasts... the last time we this, the last that...

I went up to Judy Reilly's class at CSC this week. She's sort of been their best kept secret since I've been taking classes there. The last couple of summers only about four of us would show up for her class, occasionally one or two more, but I guess the secret is out now because yesterday the class was really full.
A lot of different kinds of dogs and handlers at different levels which she handles really well. She gives two classes back to back, the first hour is handling/course work and the second hour is skills or individual issues, whatever you need to work on. Everyone stays for both classes. She is an awesome teacher.
Somehow even with a full class you feel almost like you are getting a private lesson because of the individualized attention and focus she gives each dog/handler. I don't know how to explain it. She sets up a series of these courses with particular challenges but its not that she's trying to teach some specific handling to the whole class, like she's got a lesson in mind, which she may, but its that she has this really quick eye and sees what each team needs to work on, several things maybe, and its different for each of us. She doesn't rush anyone.
I haven't been to her class since the summer, but she'd seen the video of our recent blue ribbon jumpers run at Dream Park where Stella was very high and fast and blew right by behind me when I was asking for a turn over a jump and I almost lost her, but then didn't... so in class Judy said she liked all the drive, but the main thing she had me working on right away was collection. Leading out to the backside of the second jump and reaching over and feeding collection a few times before the jump and then asking for the tight turn over the jump and going on... so that was cool right away. There was other stuff with that sequence but for me and Stell the collection lesson was huge. Except wait, Stell missed her pole entries a couple times in a row and Judy said "I have something for you" and after everyone had their turn she showed me how to set off the first two poles a distance from the rest but to have the rest there so Stell could see them going into the first two. And reward right at the second pole... but not send her throu the rest... I'll give it a try. Our pole entries started solid but now thy come and go...

On the second course (jumps all the same place but renumbered) my issue, was (as luck would have it) that send to a turn LEFT over the back of a jump... which HA! we did finally get--right leg and right arm out and of course we needed that extra verbal cue "jump" and this still needs work... but then the next fun issue was getting the dog between two tempting jumps, without taking them, to another jump some distance and this was all about the slightest step in the wrong direction... it was incredibly hard for several of us to do, really needing to pull a parallel line with the dog (inside for the winter)

In the second class she had people do different stuff. For me it was over the AF and sending the dog back left away from me into a tunnel and rear cross... something we haven't done. We took awhile to get it and most effective was sending Stell also with the verbal cue--LEFT. Judy said to go ahead and train LEFT and RIGHT (Stella has left and right in stationary turns as a trick)
Judy recommended taking a rear cross seminar and meanwhile she said to practice rear crosses while Stella's in a sitstay. Start beside her, move back behind her and to her other side... she should only turn her head. And practice some rear crosses with a jump to a tunnel...

She said her running contacts were a little high but good and to "keep doing whatever you are doing--she's very consistent" maybe I could try to get her to drive harder to get her deeper into the yellow, but she was "consistent".

Next thing for us was Judy wanted to see what I was doing with the dogwalk... so I showed her how we were working the Trkman board on a table/DW ramp set up. She said these were lovely and I should start teaching some more independence, leading out, sending her from behind, closer, farther... there was only one almost leap but Stell caught herself and threw in a couple steps... But, this is the way Stella always is and I can't figure why, she always has great contacts in Judy's class...

Anyway, Judy also has kind of magic stash of solutions for everyone, things you can take home and do on your own--homework. I love that too. I bought all the animals santa hats on the way home... group (torture) picture still to come funny, you'd think the cat would have been the blurry one

These standardized tests the kid has to take are exhausting, I mean exhausting for me--I don't know how to parent them...

more on this later
Collapse